A decade ago not many civilians had heard of a GPS, let alone seen or used one.  Prior to the year 2000, Global Positioning Systems (GPS) and their receivers were expensive and largely limited in use to the military, government agencies, and specialized professions.   Now, GPS receivers are commonplace and relatively inexpensive.

So, what exactly is GPS?  How does it work? And, what happened in 2000 to make them more common?

The Global Positioning System (GPS) is more than a handheld device that tells you where you are.  The entire system is the receiver device, a number of ground stations, and the network of Earth-orbiting satellites that the U.S. Military (primarily the U.S. Air Force) developed, implemented, and maintains.  The U.S. Military developed the system and provides the civilian signal to any user on a continuous, worldwide basis, and free of any subscription charges.

The GPS receiver is the “user” segment of the system; it receives signals from GPS satellites and calculates the user’s three-dimensional position and time.  The signal is a low powered radio frequency that travels by line of sight from the satellite to the receiver.  Heavy tree cover, buildings, and mountain ranges can all interfere with signal reception but glass and plastic will not.  Ideally, the receiver will need signals from at least four satellites in order to accurately trilaterate the receiver’s position.   The cumulative effect of multiple GPS satellites on GPS precision is referred to as geometric dilution of precision (GDOP).

The second aspect of the GPS is the “control” segment which consists of ground control and monitoring stations operated by the U.S. Air Force throughout the world.  The 2nd Space Operations Squadron (2SOPS) headquartered at Schriever Air Force Base in Colorado Springs, Colorado, operates the Master Control Station and is responsible for the daily command and control of the GPS satellites and monitoring stations.  At the Master Control Station, the health of individual satellites is monitored and maintained when needed.  If one of the satellites has a comprehensive or partial failure the remaining satellites can be repositioned to ensure optimal coverage.

GPS monitoring or tracking stations are located on every continent, except Antarctica.  The monitor stations track the GPS satellite when it passes overhead, receives the GPS navigation signal, and collects atmospheric data and range/carrier measurements.  This information is then used to confirm that the GPS is relaying an accurate navigation signal.

These satellites are much simpler than many people believe.  The satellites transmit their own location in space; they do not transmit maps, images, or your location on the ground.  It is the GPS receiver that calculates the user’s position and velocity on the ground based on location information from several satellites.

GPS is so widespread nowadays it is difficult to remember, or imagine, a time in which a GPS receiver was a rare instrument.  The early Cold War era and the launch of Sputnik by the Soviet Union in 1957 was the beginning of satellite navigation.  Two physicists from John Hopkin’s Applied Physics Laboratory, William Guier and George Weiffenbach, decided to monitor the radio transmissions from Sputnik and eventually realized that they could track the satellite along its orbit by calculating a number of complicated mathematical equations and the use of a new UNIVAC II computers system.  The following year, they were asked to determine if the reverse was possible – to determine a location on the ground from satellite signals.  A few years later, the Applied Physics Laboratory and the U.S. Navy successfully tested the Transit satellite navigation system which used five satellites to provide a navigational fix about once an hour.

Through the next few decades, various services of the U.S. Department of Defense improved and developed new aspects of the satellite navigation system for purposes of weapon launching and tracking during the height of the Cold War.  In 1979 many of these individual systems were integrated into one cohesive system that the Department of Defense termed Defense Navigation Satellite System (DNSS) and then later Navstar-GPS, and now simply GPS.  The array of 24 GPS satellites became fully operational in April 1995.

However, use of GPS was still primarily only used by military personnel and a selection of civilian professionals.  It was not until 2000 that Selective Availability was turned off by presidential order.  Selective Availability (SA) added errors to the GPS satellite signals that would add up to 100 meters of navigational variability to a receiver.  SA was an attempt by the U.S. military to prohibit enemy use of the GPS civilian signal while still maintaining a coded military signal.  However, by the late 1990s, a process of correcting for SA (differential correction) had become widely available; a number of civilian GPS base stations had been created and with the ability of computers to calculate the difference between the base station location and the GPS satellite signal, SA was outdated.

After SA was turned off in 2000 and specialized software and hardware were no longer required to run differential corrections, the civilian market for GPS receivers skyrocketed.  Through the past decade the GPS receiver technology has improved and new features such as data layers such as maps and cameras all while the relative price for the technology has decreased.  It is no wonder why GPS receivers have become so popular in recent years. 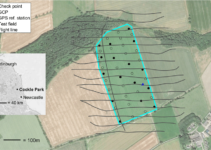 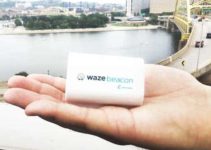