Researchers at Stanford University are identifying hidden dangers beneath Earth’s surface in Southern California by measuring body waves from human activity on city streets and sidewalks. Body waves are the seismic waves that only move through the interior of a solid, as opposed to “surface waves,” which only move on the surface. Throughout Long Beach, seismic sensors had been placed around the area for routine monitoring of earthquake and tremor activity. Using these devices, the researchers calibrated them to filter out background noise waves and hone in on these body waves. The maps generated from the seismic data visualize more than half a mile beneath the Earth’s surface.

For nearly 15 years, scientists have worked towards developing the technology that could effectively filter out the unwanted background noise. Previously the technology was quite costly and the seismic sensors lacked the precision to measure the low amplitudes of body waves, especially against the interfering noise. Body wave tomography itself, however, has been used for decades to track earthquakes and explosions. With the help of geospatial and GIS technologies, the maps visualizing these body waves are quite insightful. In Long Beach, the maps accurately show the location of the Newport-Inglewood Fault. The research team also discovered the rock types adjacent to the fault line which could be useful information to certain practitioners.

Southern California can certainly benefit from this new tool to understand the subsurface of the Earth. Two large seafloor faults, the Santa Cruz-Catalina Ridge and Ferrelo Fault, are presently shifting and have the ability to create an 8.0 earthquake with tsunami potential 90 miles of the coastline. The DailyMail reported that “the ridges, valleys and other signs they found along the Santa Cruz-Catalina Ridge Fault suggest that the fragmented, blocky crust has been lifted upward, while also slipping sideways like the plates along the San Andreas Fault do.” Researchers can create noise images in real-time and use time-series analysis of these images to have a more detailed knowledge of fault lines and their movement, even on a small-scale.

Another practical application deals with the observation of sinkholes. This can allow researchers to see what areas are at high risk of sinkholes and, in turn, minimize the destruction and number of victims. With a very dynamic crust in California, this higher resolution seismic sensor can now inform emergency preparedness strategies and allow experts to better understand the timeline of a major earthquake. 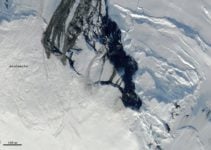 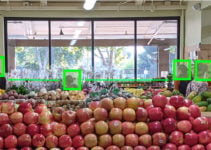