Andrew Turner came out with a new publication from O’Reilly Press last month called “Introduction to Neogeography.” What exactly is this relatively new term and what has the acceptance of the terminology been in the Geographic Information Systems community? The advent of “do-it-yourself” mapping applications such as Google Maps API has  brought some of the capabilities of GIS into the hands of the laity. The number of Google Mashup sites and their attention by the press is a testament to the popularity of creating your own mapping applications.

Traditionally, creating an online map application was reserved for the dedicated GIS programmer who knew the GIS specific languages such as ArcXML or GML needed. Jonathan Crowe, who maintains the blog “The Map Room” reported that the term was coined by one of Platial.com’s founders, Di-Ann Eisnor. National Geographic, in an article about online maps defines neogeography as the blending of cartography and blogs. Turner, likewise, in his introduction states “neogeography combines the complex techniques of cartography and GIS and places them within reach of users and developers.” An excerpt from Turner’s book, expands on this definition:

Neogeography means “new geography” and consists of a set of techniques and tools that fall outside the realm of traditional GIS, Geographic Information Systems. Where historically a professional cartographer might use ArcGIS, talk of Mercator versus Mollweide projections, and resolve land area disputes, a neogeographer uses a mapping API like Google Maps, talks about GPX versus KML, and geotags his photos to make a map of his summer vacation. Essentially, Neogeography is about people using and creating their own maps, on their own terms and by combining elements of an existing toolset.

The coining of this term has not always been met with a positive reaction. Jason Birch, on his blog Random Notes, complains that the term wasn’t “mashed up” enough and should have been coined “neography”. Adena Schutzberg in her blog post at All Points Blog confessed that the term makes her “cringe”. A search on Google for “neogeography” brings up 278,000 entries. Conversely, a search for “mashups”, the term more commonly heard in the GIS community, brings up 5,680,000 entries. Since mashup is a term originally identified with the music industry, I added in the keyword “mapping” which still brought up over 4.1 million results. Time will tell if neogeography will ever edge out mashup as the term used. 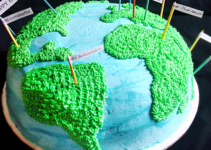 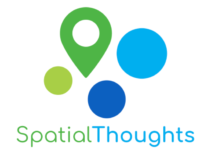 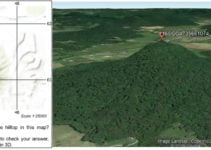